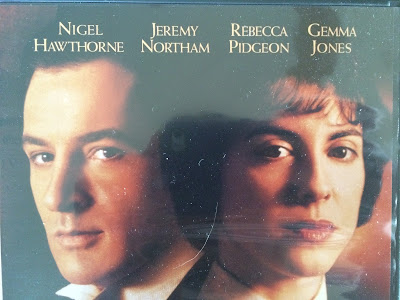 "Let right be done" is the motto of this 1999 film. I had never heard of this movie and only saw it recently as a recommendation from a friend. It is a hidden gem! Based on a true story, The Winslow Boy follows an English family at the turn of the century. The youngest son, Ronnie, is accused of a crime he hasn't committed, and the family fights to restore his good name.

Based on a play by Terence Rattigan, this story is filled with wit and humor. The dialogue is the best part of the film, or what I would say really makes the film. Every line is so cleverly thought out, and the cast is incredibly engaging.

Catherine Winslow, an activist for women's rights, is engaged to John Watherstone, which we find out early in the film. At the toast for their engagement, Arthur Winslow finds out about the unfortunate occurrence of his son being expelled from the Naval Academy. This leads to a fight of the entire family to bring his case to court.

With much reluctance from Catherine, who doesn't have confidence in Sir Robert, Arthur Winslow and his lawyer Desmond Curry (who's in love with Catherine) are granted a meeting with Sir Robert Morton. This scene is my favorite in the whole movie, where Sir Robert cross-examines Ronnie about his stealing the postal order at the Academy.

The rest of the film is about whether or not the Winslows can sue the crown and have a fair trial. The family receives much opposition because they continue to press the issue. They also are taking a financial hit, which even questions Catherine's ability to marry John, who is no longer supportive of their efforts to clear Ronnie's name. The consequent interactions between Catherine and Sir Robert are witty and an example of a classic budding romance!

It is also interesting to note as a piece of history that the Winslow's were Catholic, although not mentioned in the movie, and quite possibly were suffering this injustice because of their Faith. Overall, The Winslow Boy is an intellectually stimulating and witty film, filled with a shining cast of characters, who put on a brilliant performance. I highly recommend it!