Deanna Durbin: It Started With Eve 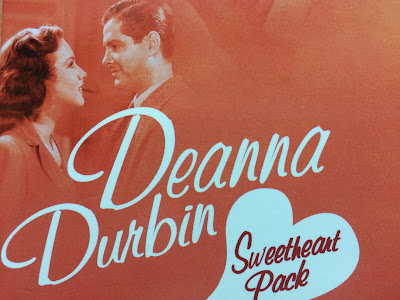 If you've never seen Deanna Durbin, It Started With Eve is her best. Even if you aren't a big fan of old movies or can barely tolerate a few songs now and again, you will still love the heartwarming story and good laughs that come from this delightful film.

Deanna Durbin plays Ann, who works as a hat-checker in a hotel but actually dreams of singing. Robert Cummings plays Johnny whose father, played by Charles Laughton, is dying. Unable to find his fiance and fearing it may become too late, Johnny discovers Ann working in the hotel and asks her to come see his father, pretending to be the fiance.

Filled with non-stop laughter with the amazing duo of Durbin and Cummings, It Started with Eve is Deanna's greatest film. While her later films are not very good, Mad About Music and Three Smart Girls Grow Up are two other good early movies.

Trivia: Deanna Durbin was paid $400,000 for this movie in 1941, which would be the equivalent of nearly $6,000,000 today. She was one of the highest paid movie actresses of her time. Deanna left show business during the height of her career at age 29 because she always wanted a quiet life and moved to France with her third husband where she died in 2013.