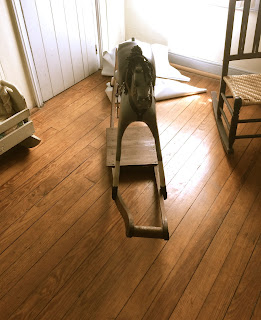 Once upon a time in an older age when life was simpler, children played with toys or played outside instead of being glued to computers, tv's, and electronics. This has presented a challenge to parents to protect their families from the evils of our modern culture. Consequently, they must respond in a more diligent manner of being aware of and having some control over what comes into the home.

I only recently discovered that the idea of filtering was something possible. We get so used to things that we don't even stop and question, is this the best thing to be hearing? The concept of filtering makes movies family friendly so that from children to adults we don't have to watch everything that directors choose to put in their films. We have a right to exclude offensive things like language or inappropriate scenes. In a culture that is lacking Christian values and morals, we deserve to have the capability to screen out that unwanted content.

One of the few companies that was providing such a service was VidAngel as streaming movies online. They are unjustly being sued for "violating copyrights" even though that's just a front from major companies because they want control over what goes into the home. Another option is Clear Play dvd or blu-ray players or the TV Guardians, but not having actually owned one, I can't vouch for how well they work.

The history of these filter companies has been that every time they try to provide movies in a wholesome way, someone tries to fight that they get shut down. If we want to control what we see and hear in films, we need to fight to save filtering. Support companies that offer these services or sign petitions to keep them going.

Why filtering do you say? I ask you why not? Why not choose to have a movie that does not offend God in any way? Why flood your mind with words and images that leave a negative impact on your life? We should be bothered by such things and not take a callous attitude toward them. We should be able to watch things according to morals, not according to liberal hollywood standards. For example, a few of the movies I once suggested on this blog like Jason Bourne, The Martian, and Captain America should be watched with a filter to enjoy an action packed film without things that are offensive.

So look into how to filter movies so that you can have family movie nights that are clean and fun.