The film takes you through different perspectives -- how members of the family and friends deal with the suffering in their lives. The virtue that seems to be glorified the most is courage -- courage to stand out, to be yourself, to face the world. The characters are real. They are relatable. You can feel what they are feeling and understand their various emotions. While there really is no climax to the film, there is a conflict and resolution followed by a happy ending.

Auggie is going to the fifth grade. He has to embrace a whole new world outside his home with a face that looks different from everyone else's. He's smart, funny, and truly adorable, but will he make friends? How will everyone see him? Can they see him for his personality? The viewer watches his sister, Via, struggle with being invisible to her parents and how despite her hidden sufferings she stands by her brother no matter what. You see what the parents have had to endure -- their worries, their sacrifices, their bond.

Most importantly, you see how one person, how one family impacts the world around them. That was the message I took away from this film -- the importance of family, the strength of family, and the love of a family. While some may say this film is sad, I would say it was real. It follows a story that is believable because it's true, and the acting made it a moving story.

At the end of the day, your family is everything no matter what. Wonder makes that message permeate the film, and to have the courage to be yourself because "why blend in when you were born to stand out?"
Posted by Therese J. Roberts at 9:43 PM No comments:

We forget that Thanksgiving means "giving thanks." How many people think to go to Mass on Thanksgiving? Granted it is a civil holiday, but to whom are we giving thanks? There is not a day that goes by we don't have a reason for thanking God. Even when things aren't going our way, there is always something to be grateful for. St. Ambrose says: "No duty is more urgent than that of returning thanks."

A grateful soul is a cheerful soul because it recognizes that whatever it is receiving, be it easy or difficult, is a gift from God. "All things work together unto good for those who love God." I think the holiday of Thanksgiving at the end of the year makes us reflect on all the twists and turns of our life this year and how God used everything for His work in the salvation of souls. If we struggle with finding things to be grateful for, then perhaps we are not praying enough. St. Alphonsus says: "He who prays most receives most." The more we give glory to God, the more He will bless us.

Thanksgiving naturally brings families together and makes us grateful for those God has placed in our life. After God, our family should receive the most of our gratitude for being by our side through thick and thin. It is a holiday that we celebrate through feasting because food has a special knack for bringing people together.

I hope you and yours have a wonderful and blessed Thanksgiving holiday!
Posted by Therese J. Roberts at 12:38 PM No comments:

Email ThisBlogThis!Share to TwitterShare to FacebookShare to Pinterest
Labels: Holidays 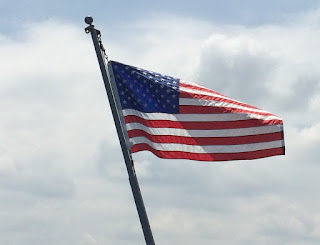 It seems like many pass over the holiday of Veterans' Day with little to no thought other than the post office is closed, so things will have to wait another day. While Memorial Day is perhaps the more celebrated holiday and rightfully so for what it is, Veterans' Day focuses on our heroes who are still fighting the battle.

For our Veterans must face life after their service, which can be such a challenging adjustment. They have returned from the war changed whether in small ways or large. And as they have changed, so may have the things they once knew. They have been away from their families, their homes, all that was near and dear to them.

The obligation of gratitude we must show to our heroes is not a light one. They have made sacrifices for souls they never met....sacrifices that may be known only to that solider and God. He will repay them in a way that no human being can, but that does not lessen our duty to thank, pray, and support those who have served our nation.

I really like the site operationgratitude.com that provides ways to reach out to our military, including Veterans. While my business, Handmade Catholic Shop, mainly sends packages to our deployed Troops, I have often thought that I should send a package to our Veterans who have come home and also need our love and thanks.

Let us not undervalue the holiday of Veterans' Day that remembers our heroes throughout our country and always pray for each one during the whole year! THANK YOU VETERANS!
Posted by Therese J. Roberts at 8:23 PM No comments:

Email ThisBlogThis!Share to TwitterShare to FacebookShare to Pinterest
Labels: Patriotism 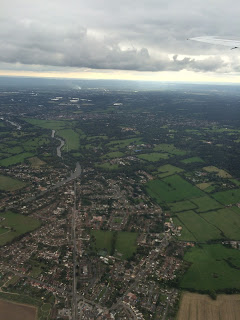 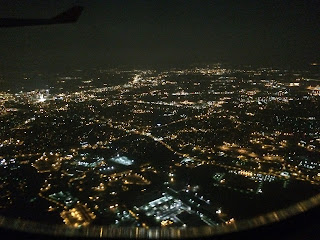 All words that have essentially the same meaning: things will not be the same as they were before. How do you handle change? Change can be good; change can be bad. The key is our reaction to the change. Do we take it in strides? Do we go with the flow? Do we realize that absolutely everything around us changes whether we realize it or not?

We are not the same from one day to the next. A little older...hopefully a little wiser. The world is ever changing. Are our hearts rooted in God Who is unchanging? We kind of have to just keep our hand in His, knowing He's leading us because we can never know the future. Trusting in His Providence is the only thing that brings peace of mind to change.

If everything stayed the same, wouldn't we get bored? Let's face it, we need variety in everything. Clothing, food, activities, people (haha)....if we wore the same thing and ate the same thing day after day, sure it might make life simpler, but would that help us grow? I think the reminder that life changes helps us focus on the end goal. If we are made for eternity, then the present trifles will not satisfy us.

God remains the one constant in life, Who we can lean on through all the change. And hopefully in the midst of it all, we realize that it was good for us and brought us closer to Him.

Posted by Therese J. Roberts at 7:38 PM No comments: