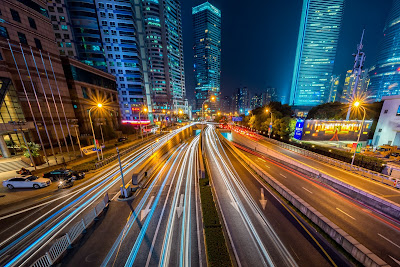 I finally discovered something about discernment, readers. There are some of us who do not take the straight shot in life. Although very beautiful, I have a hard time relating to those vocation stories of young men who knew from the time of five they would be a priest, entered the seminary at eighteen, and became a priest at twenty-six, or those young women who knew from the time of four what their wedding dress would look like and married their first boyfriend. No hiccups, no plot twists, no closed doors.

My friends, that is awesome, if that is you, but I for one have had to take several highways, a boat, and a train in discernment. You know those really annoying speed limits in those fancy neighborhoods that are like speed limit 18 or speed limit 24 and you're looking at it like, who comes up with that number?

I have found myself going 75 miles an hour on the highway of discernment and then hitting a mack truck. Then Our Lord picks me up and puts me on one of those roads with speed limit 18 . . . for a couple years . . . before He directs me back to the highway, only to have a similar thing happen. I finally realized it was time not to take the highway, but, hey, I am actually supposed to get on the boat now . . . which is slow going. The interesting thing to me is that none of these routes are wrong turns.

They are all essentially necessary in the Providence of God.

By the time I get off the boat, and onto the train...maybe I won't have to do anything but ride. It is like being carried, but that feeling, that peace, that elation at finally finding "it," would not be as satisfying if those other routes didn't happen. Nor would I have such a great story to tell. The best novels, the ones that are the most interesting are the ones with characters who got to the end after a lot of twists and turns.

I don't know if you can relate to this kind of journey or not. Be you one of the straight shots in life, or one with crazy twists and turns, in the end, the only thing that really matters is that they brought you to God. He's at the end of all the roads, oceans, and tracks. Not only that, but He's also along for your ride and directing it all to your ultimate happiness.

"We are charting our own dispositions every day. By the way we dispose ourselves to tend this Advent, we dispose ourselves to tend at Christmastide. When we are daily deepening and strengthening that pattern of being disposed toward good, we will see more quickly what was wrong and be more quickly energized to make right what was wrong." ~ Mother Mary Francis from "Come, Lord Jesus: Meditations on the Art of Waiting"