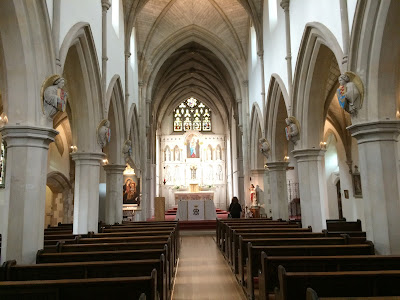 Giving back. This is such an essential part of our lives that we tend to forget or undermine. The motivation behind sharing with others is our own gratitude. If we are grateful for what we have been given, then we are willing to give to others. When God blesses us, it is important to share those blessings. God loves a cheerful giver.

We say that because we work so hard for what we receive and accomplish that it's impossible to part with it to share with someone else who hasn't worked for it. That is a falsehood because we could be that person who doesn't have anything. It is only because God is good that we have anything at all. We can never have so little that we cannot share something with others. Even if it isn't our wealth. We can share our love, our joy, our time. There are many ways we can sacrifice and give of ourselves that really pleases God.

There are so many wonderful charities we can support who really appreciate our offerings. I can recommend a couple religious orders who are in need of donations. One is the Benedictines of Mary in MO (benedictinesofmary.org). They just shared a new video with requests for funds for their new church. I've been there before and they are a wonderful, joyful, traditional community. Another place in need of funds is the Carmelites in PA (fairfieldcarmelites.org) The Sisters are trying to build a whole new monastery because their old one is falling apart. Anything you can do to help either Community, I know will be greatly appreciated!

Finally, I wanted to share that thanks to all your purchases on our Handmade Catholic Shop, we just sent our first donation to our local parish from the 10% profits of our first three months. Thank you to all our customers who have supported the shop. It's thanks to your orders that we can send funds to Catholic Churches. We are also only about ten sales away from sending our care packages to the American Troops through operationgratitude.com. It takes about two months for them to get the boxes overseas, so they will probably have our packages around Thanksgiving, which will be really nice.

Again, let's remember to share what God has given us with others. If we can share monetarily, that's great. But more importantly, through our prayers and sacrifices we can help others as well. At the heart of every gift should be joy and gratitude.
Posted by Therese J. Roberts at 12:34 PM No comments: 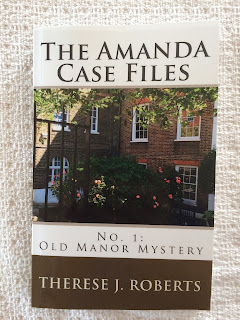 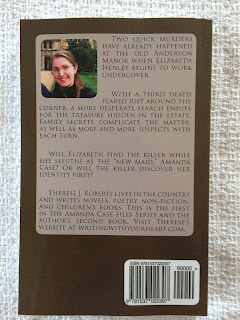 It's here! The Amanda Case Files No. 1: Old Manor Mystery!! Five long months of writing, editing, proofreading, formatting, and designing, and it's finally done! Only $7.99 paperback and $2.99 Kindle edition on Amazon!

I really enjoyed writing this book. It was fun to lay out a mystery, plant clues, and make characters look suspicious. I've always loved watching mystery movies or reading mystery books, but I never imagined how much I would enjoy putting one together!

There are a lot of characters in this book. Lots. Nearly eighteen are named and most of them are significant to the story. I threw in several plot twists and some red herrings, which will keep you guessing throughout the story.

My favorite character is probably Sam. He's a funny, laid back, typical teasing brother. My favorite chapter is the banquet toward the end, where all the suspects are gathered together and fear another murder.

I already have ideas for more books in this series. It will probably be a 3-5 book series. Maybe the second one will take place at a hospital or a bed and breakfast. You can also look forward to another novel, my Christmas book in December!

Here is an excerpt from The Amanda Case Files!

A long, horrifying shriek peeled across the great halls of Anderson Manor. The sound was deafening and echoed very deeply, creating a moment tense and eerie.
The young heir to the estate came running out of his study. “Where are you?” Timothy Anderson called.
The reply revealed she was presently in the front parlor room.
Tim arrived quickly, only to be abruptly taken aback by a motionless body on the designer carpet. A thick kitchen knife was plunged firmly through the chest of the dead man. Tim recognized the victim immediately as the manor’s faithful gardener, Geoffrey Reid.
Tim spoke first saying, “Not again. He makes the second person in two weeks . . . ”
“I no longer believe the first one was suicide,” Margaret Anderson answered.
“Someone is after the treasure,” Tim whispered.

Hope you enjoy the story, and be sure to spread the word! My author page link is: amazon.com/author/theresejroberts!
Posted by Therese J. Roberts at 5:20 PM No comments: 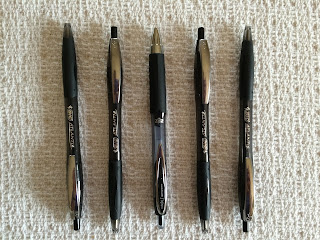 A writer's style is as different from one to another as their handwriting. It is always unique. You may be similar to other authors, or imitate your favorites, but your style of writing will always be unique to you. I think opening a book is like opening a window into the author's life. A book will say something very definite about its author--and that's a good thing. It makes stories perpetually interesting and original.

I've had several people ask me, "how did you write a book?" I think that's like asking an artist how they make a painting, or an athlete how they win a race. It's hard to explain per se. Obviously through a lot of time and prayer. But I would say, two things invariably go into your profession. Talent, as given by God, and practice, as what you put into it. The way to get better at writing is to keep writing.

They say the worst reason you can set about writing a story is to make money. Because that will come through in your book. You won't put your heart into it. Your thoughts and goals will be centered on dollars and sales. That's not why you should publish a book. The most important thing about writing a book is telling and sharing a good story.

How you go about putting that story on paper will be different for each writer. For myself, I never know how the story is going to go until it's finished. My goal is five pages a day, or twenty-five pages a week, or one hundred pages a month. So, even if I have no idea what to write, I sit down and write those five pages--whatever they turn out like. Some rough outlines for your plot will help, and sketching traits of characters, but really it's about putting yourself into your characters' situations and thinking, what would I do next, or how would I like this situation to turn out if I was there?

That's just about how you write. Then your style will be unique to yourself. I'm one for a lot of dialogue. I hate reading pages and pages of descriptions, so I tend not to write like that either. Not to say there are merely vague generalizations, but I like to let the reader picture scenes for himself and fill descriptions with his own thoughts of what it looks like. And as far as a story goes, I feel like sometimes it just writes itself. I am constantly adding things as an afterthought, and somehow it works into the book like it was meant to be there.

Look forward to my post next week about my new book!
Posted by Therese J. Roberts at 5:00 PM No comments: